Find out how much you know about strokes and what causes them with an online quiz from the National Institute of Neurological Disorders and Stroke.
Button Text

​Aphasia
A disorder that results from damage to areas of the brain that produce and process language. People with aphasia can have trouble speaking, reading, writing, and understanding language. both verbal and written. Aphasia typically occurs suddenly after a stroke or a head injury. Impairment can range ​from mild to very severe (nearly impossible to communicate in any form). Some people with aphasia have difficulty in only one area of communication, such as trouble reading, or difficulty understanding what others are saying. More commonly, people with aphasia are limited in more than one communication area. Nearly all patients with aphasia have word-finding difficulties.

Aphasia  Treatment
Types of aphasia are there?
Aphasia can be dvided into two broad categories: fluent and nonfluent, and within theses groups, there are several types.

The most common type of nonfluent aphasia is Broca's aphasia which occurs when damage primarily affects the frontal lobe of the brain. They often have right-sided weakness or paralysis of the arm and leg because the frontal lobe is also important for motor movements. People with Broca's aphasia may understand speech and know what they want to say, but frequently speak in short phrases, produced with great effort.

The most common type of fluent aphasia is  Wernicke's aphasia  which may occcur with damage to the temporal lobe of the brain .People with Wernicke's aphasia may speak in long, complete sentences that have no meaning, adding unnecessary words and even creating made-up words.
References
Stroke Connection Spring 2020  ​
​National Aphasia Association
​
Aphasia ID Card
Free online tool by the National Aphasia Association for people with aphasia. Create a personalized Aphasia ID card that you can print and start carrying right away. Helps to communicate with people who are unfamiliar with aphasia. ​

Atrial Fibrillation
Atrial Fibrillation (AFib) and Stroke
In AFib the heart’s two small upper chambers (atria) don't beat normally. They beat irregularly and too fast, quivering (like a bowl of gelatin). This can cause blood to pool and clots to form, increasing the risk of stroke. By itself, AFib is generally not a life-threatening condition, but can lead to serious medical complications.

• Nearly 350,000 hospitalizations every year due to AFib
• AFib can contribute to congestive heart failure and other serious heart conditions
• Nearly one in every six strokes is caused by AFib
• AFib patients are about five times more likely to suffer a stroke than those without the condition
• AFib-related strokes are nearly twice as fatal and twice as disabling as non-Afib related strokes.

AFib Affects?
More than 2.6 million Americans are affected by AFib, and that number is expected to increase to ~ 12 million by 2050, due to the aging of our population.

AFib Risk Factors
• People older than 40 years have 1 in 4 risk of developing Afib in their lifetime
• Obesity is associated with changes in the heart that are known predictors of AFib
• Changes to the heart caused by high blood pressure can lead to AFib.

How to Lower Afib Related Stroke Risk?
Treatment goals are to reduce risk of blood clots and stroke and manage abnormal heart rate or rhythm. Healthcare providers may prescribe anticoagulants or antiplatelets, which are blood thinners to help prevent blood clots from forming. Abnormal heartbeats may be treated with medications that affect the heart’s rate (pacing) or rhythm (coordination), or a surgical procedure such as electrical cardioversion, catheter ablation or surgical intervention. 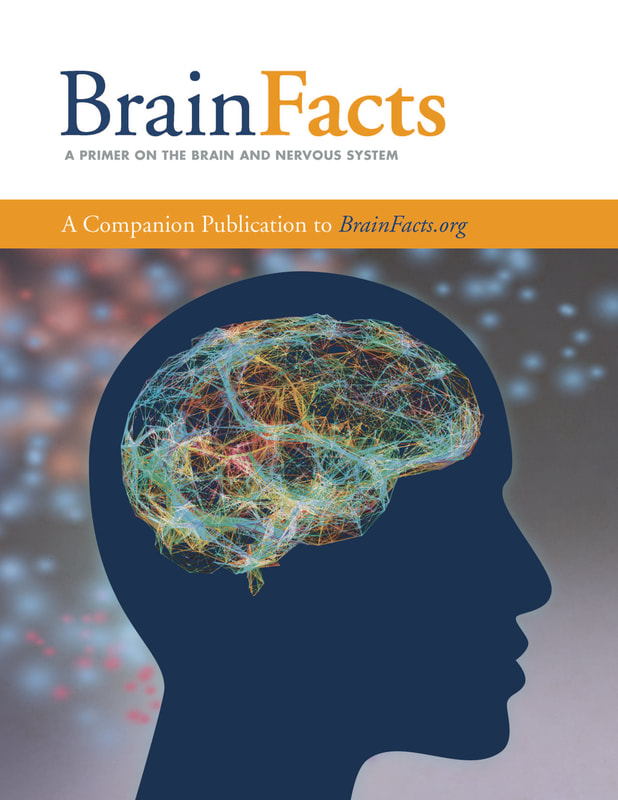 Atrial fibrillation, often called AFib is the most common type of treated heart arrhythmia. An arrhythmia is when the heart beats too slowly, too fast, or in an irregular way. When a person has AFib, the normal beating in the upper chambers of the heart (the two atria) is irregular, and blood doesn’t flow as well as it should from the atria to the lower chambers of the heart (the two ventricles). AFib may happen in brief episodes, or it may be a permanent condition.

For further information, go to the CDC website: https://www.cdc.gov/heartdisease/atrial_fibrillation.htm

What is a stroke?
A ​stroke is a brain attack. A stroke occurs when a blood vessel that carries oxygen and nutrients to the brain is either blocked by a clot or bursts. When that happens, that area of the brain cannot get the blood (and oxygen) it needs, causing brain cells to die.

What are the two types of stroke:
What happens to the brain when a stroke occurs?
The brain needs a constant supply of oxygen and nutrients in order to function. Even a brief interruption in blood supply can cause problems. Brain cells begin to die after just a few minutes without blood or oxygen. The area of dead cells in tissues is called a stroke (or infarct). When cells die, chemicals are released that
​ can cause even more cells to die. The earlier a stroke patient gets to the emergency department, the better the chance they will be able to receive treatment that stops or reduces the amount of brain damage from the stroke.

When brain cells die, functions that were under control of those brain cells are lost. This may include impaired language, speech, movement, thinking and memory, bowel and bladder, eating, emotional control, and other vital body functions.
Specific abilities lost or affected depend on where in the brain the stroke occurs and on the size of the stroke. Thus, recovery from stroke and the specific ability affected depends on the size and location of the stroke. For example, a small stroke may result in problems such as weakness in an arm or leg. A larger stroke may cause paralysis (inability to move part of the body), loss of speech, or even death.
What are the most common stroke symptoms?
Other important but less common stroke symptoms
​Use FAST to remember the warning signs!
​F – Face; ask the person to smile. Does one side droop?
A – Arms; ask the person to raise both arms. Does one arm drift downward?
S – Speech; ask the person to repeat a simple phrase.  Is there speech slurred or strange?
T – Time; If you observe any of these signs, call 9-1-1 immediately!

Call 911 if you see or have any of these symptoms!

A cryptogenic stroke is a stroke of unknown cause after extensive testing. About 1 in 4 ischemic strokes are cryptogenic. Potential causes to consider:
Finding the cause of a stroke is important so your physician can provide targeted treatment for preventing recurrent strokes.  This is why physicians do an extensive work up before making the diagnosis of cryptogenic stroke.  For further information, go to the American Stroke Association website to review and download patient education materials such as The Known and Unknown of Stroke Infographic and A Patient Guide to Understanding Strokes of Unknown Cause.

For  information and printable caregiver resources, go to 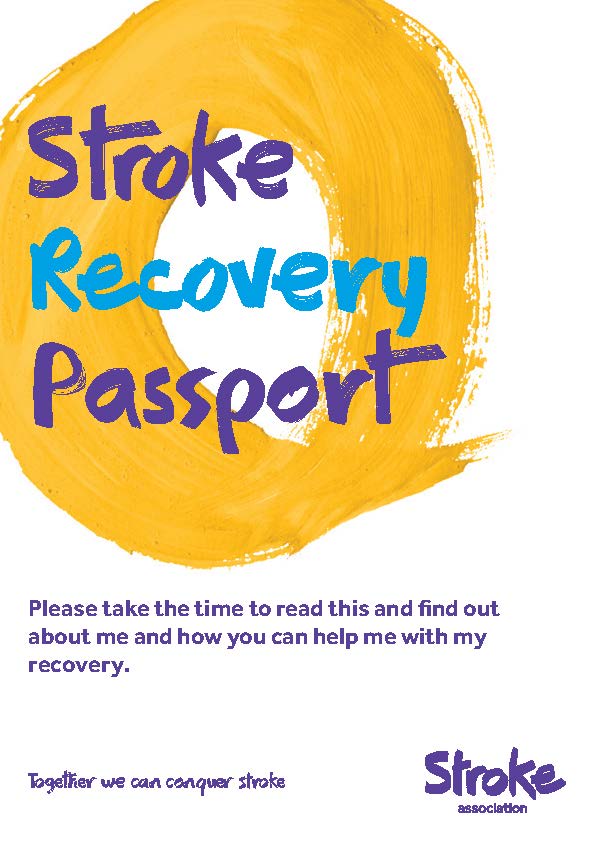 ​High Blood Pressure (Hypertension)
Healthy Brain Aging
​The DANA FOUNDATION    https://www.dana.org/
Nutrition
My Plate
​www.choosemyplate.gov/MyPlate
Recipes
Click on the name of the AHA meal you want to try to get the AHA recipe. 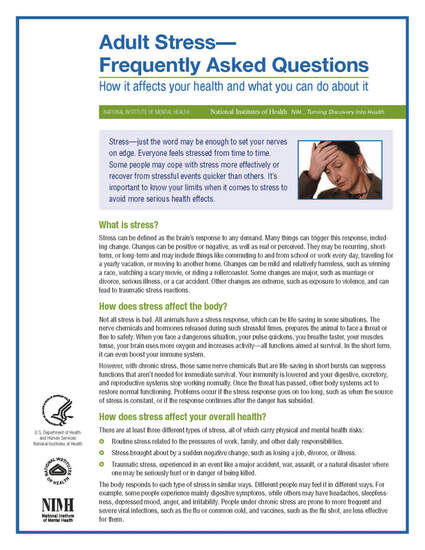 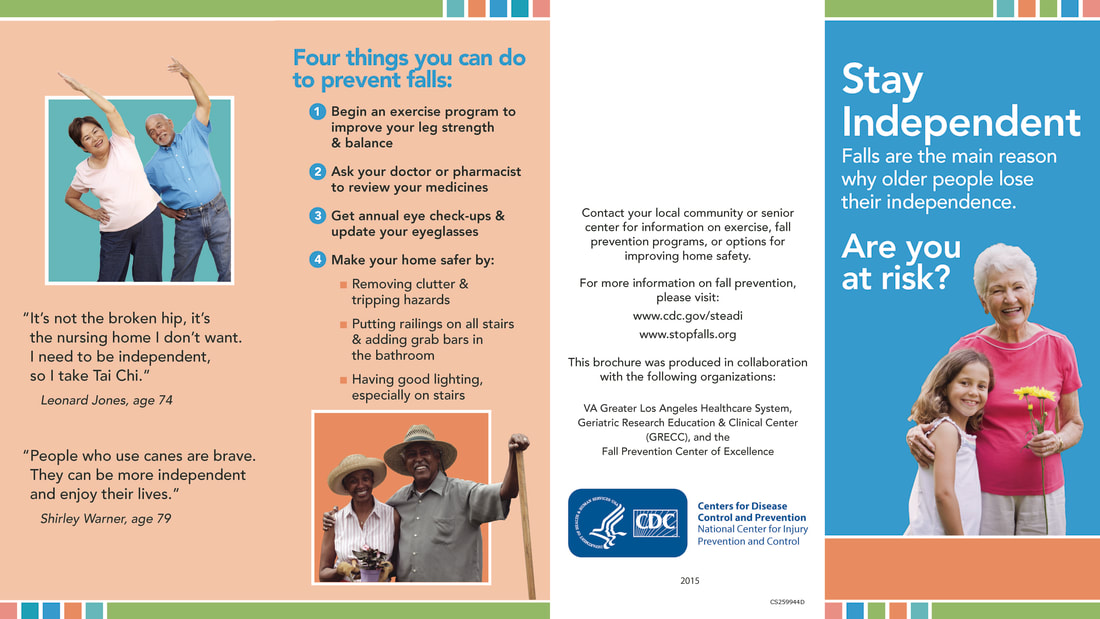 Educational Resources for Stroke Survivors, Caregivers and the Community

Stroke Connection
A free, monthly e-newsletter for stroke survivors and their family caregivers.
Brain and Life Neurology For Everyday Living Magazine
​This Magazine is an official publication of the American Academy of Neurology—with six issues a year, online and print subscription, for free.  For anyone residing in the United States who is interested in learning more about neurologic conditions and how to live well with them.
Together to End Stroke® E-newsletter
​John Hopkins Stroke Prevention Newsletter​
​A quarterly e-newsletter dedicated to providing useful information on stroke treatment, prevention and rehabilitation.